My friend Alan Taylor came up with this challenge:

In the course of the next week, everything you ingest intellectually, books, TV, radio, film, magazines, papers, music will be written down.

Sounds cool, so I'm doing it. Started last night. I watched TV (I have a feeling this activity will show up more than I want it to). I saw the comedy/mystery show Castle which is good solid light entertainment and then the Dateline show about America's addiction to oil.

So far today I read the paper and bunch of blogs and I'm listening to classic rock on the radio. It's the 1969 weekend, to commemorate Woodstock, I guess, so there's been a lot of music from that year and from bands that were at Woodstock.

Okay, for one week: 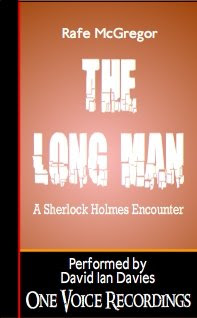 Author Rafe McGregor interviewed me a couple of weeks ago and has the results up on his blog today.

Please check out Rafe's website where you can download (for free!) two audio short stories; The Long Man (featuring Sherlock Holmes) and Blue Mail a contemporary noir thriller.
Posted by John McFetridge at 7:46 PM No comments: 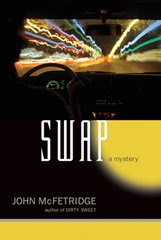 Or maybe that's just me.

So the good folks at ECW wrote this fine synopsis which appears in their catalogue:

Detectives Price and McKeon are called to the scene — a husband and wife found slumped in their car, parked sideways on a busy downtown on-ramp, a bullet in each of their heads. That's what's in the papers, and that's all the public sees. Toronto the Good, with occasional specks of random badness.

But behind that disposable headline, Toronto's shadow city sprawls outwards, a grasping and vicious economy of drugs, guns, sex, and gold bullion. And that shadow city feels just like home for Get — a Detroit boy, project-raised, ex-army, Iraq and Afghanistan, only signed up for the business opportunities, plenty of them over there. Now he's back, and he's been sent up here by his family to sell guns to Toronto's fast-rising biker gangs, maybe even see about a partnership.

The man Get needs to talk to is Nugs, leader of the Saints of Hell. Nugs is overseeing unprecedented progress, taking the club national, uniting bikers coast-to-coast (by force if necessary), pushing back against the Italians, and introducing a veneer of respectability. Beards trimmed to goatees, golf shirts instead of leather jackets, and SUVs replacing the bikes. And now the cops can't tell the difference between bikers and bankers.

Detectives Price and McKeon? All they can do is watch and grimace and drink, and sweep up the detritus left in crime's wake — dead hookers, cops corrupted and discarded, anyone else too slow and weak to keep up, or too stupid not to get out of the way. This is Toronto's shadow city, and you won't recognize it.

That's pretty much what the book is about.
Posted by John McFetridge at 12:21 PM 8 comments:

ECW asked me to pull a 200 word section out of Swap/Let it Ride to put on the inside flap. "Should be more or less self-contained, and emblematic of the whole book."

Well, that' a bit of a challenge. So, I offered these three possibles. Which one do you think they should use?

"With gold you don’t have to worry about exchange
rates.”

Sunitha sat up on the bed, cross-legged, right beside
Get, looking right at him. “And it can go up. It could be a
thousand bucks an ounce in a few months. It could be two
grand an ounce next year.”

Get took a drag, let out the smoke, and dropped the butt
in the coffee cup. He took his time turning back to look at
her and she waited, knowing he was interested. She
nodded, yeah, looking at him, he never even looked at her
tits, just looked right at her and said, “And you want it.”

“You talking about stealing from these guys?”

“Yeah, why, you got a problem with that?”

He laughed. “Not if you think you can get away with it.”

“That’s the beauty of gold, you get it, you can take it
anywhere.”

She said, right, yeah, that’s the thing. “Once you have it.”

Then Sunitha said, “But I bet you could find out,” and
Get laughed. She slapped his chest, harder than she
expected, but he didn’t budge, and she said, “This isn’t
funny.”

“No? You don’t think so? Coming up with a plan to
steal a few million bucks worth of gold from guys whose
official motto is, what is it again? Oh yeah, ‘Three people
can keep a secret if two of them are dead.’ They have a
special club in the club, you have to kill somebody to get
into. You don’t think that’s a funny idea?”

She looked right at him and said, “Not if you get away
with it.”

The on-ramp to the Gardiner Expressway was closed; a
fire truck, an ambulance, and a cop car blocking the way,
and uniformed men and women from all of them standing
around smoking.

McKeon popped the siren a couple times and flashed
the headlights to clear a path in the traffic and pulled
right up to the ramp on Lake Shore, under the expressway.
One of the uniformed cops, a guy in his fifties, said,
“McKeon, you’re going to love this.”

She was already out of the car walking towards the
scene saying, “I am?”

The uniform, Dixon, said oh yeah, this is a good one.

“Guy was driving up the ramp, see?” The car, a brand-
new Dodge 300 with the big front grille and the little
windows making it look like a thirties gangster car, had
gotten halfway up the ramp, stopped, and rolled back,
turning sharply so its back end was against the left side
and its front end against the right, blocking the road.
Dixon said, “And pow, somebody shoots him in the
head.”

Closer now, McKeon and Price could see the passenger
window covered in blood splatter and the driver’s head
flopped onto the steering wheel.

McKeon saw the woman’s body, waist up on the
passenger seat, the rest of her on the floor, like she was
kneeling and slid off, as Dixon was saying, “Then they
popped the chick.”

Dixon was laughing. “You know it, detective.”

McKeon walked around to where the driver’s side
door was open and said, “His pants are down.”

“And,” Dixon said, “get a load of her outfit, love the
fishnets. Getting a little road head, eh, couldn’t wait to get
to the room.”

Another uniform cop standing beside the car, younger
than Dixon but otherwise looked just the same, said, “Or
getting his money’s worth on the way.”

“Okay, and how much do you think gets spent on
them in Toronto?”

“You mean all drugs? Pot and coke and X and stuff?”
and she said, yeah.

Garry said, “More than gets spent on movie tickets,
that’s for sure.”

“You really think so?”

“Come on, what do you think the average pothead
spends a week? Hundred bucks? You talking the whole
GTA, Hamilton to Oshawa?”

“Okay, that’s like four million people, maybe closer to
five, you go all the way up to Barrie, Guelph, all that? All
the potheads, anywhere from fifteen years old to fifty,
fifty-five, say it’s one in twenty.”

“Five per cent. You think that many?”

“How many people you know smoke dope?”

“Say it’s only one per cent, one dope smoker in a
hundred, that’s still like, fifty thousand.”

“Times a hundred bucks a week, what’s that, like, five
hundred grand?”

“Hey,” Garry said, “that’s why you’re the money and
I’m the art. Then, you’ve got to add the partiers, the cokeheads
— I can’t believe people are still doing coke —”

“Oh my God, get out more. And crack and X and
meth, you want to count all the speed at the casinos?”

“I’m trying to figure out how much money gets spent
on illegal activities a week.”

“Activities? You want to include hookers, escorts,
massage parlours?”

“Shylocks, are they still around?”

“Every club I’ve ever been in, and they are legion, had
a ‘partner,’” Garry actually making the air quotes, “came
in with the money.”

Garry said, “Honey, no city in the world could operate
without it. Nothing would get done. I thought the only
reason you were in the movie biz was to launder money.”
Posted by John McFetridge at 4:43 PM 9 comments:

Labels: Let It Ride, Swap
Newer Posts Older Posts Home
Subscribe to: Posts (Atom)
In just three novels McFetridge has demonstrated gifts that put him in Elmore Leonard territory as a writer, and make Toronto as gritty and fascinating as Leonard's Detroit... (McFetridge) is a class act, and he's creating fictional classics -- maybe even that great urban literature of Toronto the critics now and then long for.
-- The London Free Press