And the Bald-Faced Lie, er, Creative Writing Is...

Last week I took part in one of those internet things where you're supposed to tell some outrageous lies about yourself and slip in one true thing.

In my case the true thing would have stuck out too easily because I've never had anything really outrageous happen to me in my life so instead I listed six things that have happened in my books -- five which were based on actual incidents and one I completely made up.

In case you missed them, here they are:

1) Eight members of a motorcycle gang were murdered in one night on a farm northwest of Toronto.

2) An out of commission brewery just north of Toronto was turned into one of the world's biggest indoor marijuana grow ops with fifteen people working in it.

3) There is one golf course in Afghanistan and when the Taliban were driven out and it reopened a local shephard walked his flock on it for two weeks to make sure the land mines had all been removed before play resumed.

4) A Great Lakes freighter was turned into a giant, floating grow op and meth lab.

5) Eight senior members of the Toronto Police narcotics division were arrested on charges of corruption, drug dealing and violating witnesses' rights by RCMP officers brought in by the chief and after years of legal manouvering none were convicted of anything.

6) There really is a "Hobbyist Review Board" site online where men who visit prostitutes (which they refer to as "the hobby") review the women's services like restaurant reviews.


And the one that I completely made up is.... 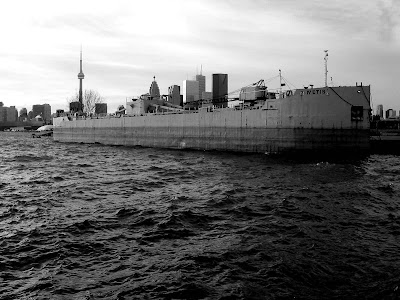 4) A Great Lakes freighter was turned into a giant, floating grow op and meth lab.

Although I shold say that while I was doing the research and finding out how much it would cost to leas a freighter, hire a captain and crew, get contracts to haul ore or salt around the lakes and fit out the cargo holds I started to wonder, is this a novel or a business plan?

I don't suppose if someone actually turns a freighter into a giant floating frow op and meth lab I could sue them, but if they get busted I might get some publicity.
Posted by John McFetridge at 2:47 PM

Hello,nice post thanks for sharing?. I just joined and I am going to catch up by reading for a while. I hope I can join in soon.